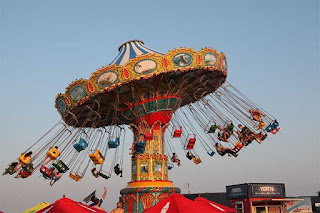 Anthony and Gaston Grant's Green Gratto, winner of the Fall Highweight (gr. III), has been named New Jersey-bred Horse of the Year for 2015. Green Gratto was also named champion older male and champion sprinter by the Thoroughbred Breeders' Association of New Jersey.

Green Gratto scored the biggest win of his career in the $250,000 Fall Highweight Handicap on Thanksgiving at Aqueduct Racetrack.The son of Here's Zealous out of the Smokester mare, Starship Smokester, followed his first graded stakes victory with a dominating performance in the Gravesend Handicap December 26 winning by 5 3/4 lengths.

The then-5-year-old horse finished second in the Carter Handicap (gr. I) and third in the Tom Fool Handicap (gr. III) in April. He showed his durability throughout 2015 finishing on the board in 11 of 16 starts. Bred by Kaz Hill Farm and trained by Gaston Grant, Green Gratto finished 2015 with $480,550 in earnings.

Dennis A. Drazin's homebred Sunny Ridge was honored as champion 2-year-old after winning the Sapling Stakes at Monmouth Park and finishing second in the Champagne Stakes (gr. I) and the $1,000,000 Delta Downs Jackpot (gr. III). The son of Holy Bull out of the Songandaprayer   mare, Lignum Vitae finished 2015 with earnings of $374,752.

Gerald Sleeter's Love Came to Town is the champion 3-year-old filly after winning four of her 11 starts in 2015. The daughter of Medallist   out of the 2007 New Jersey-bred Horse of the Year, Talkin About Love, was a consistent performer throughout 2015 winning races ranging from six furlongs to 1 mile and 70 yards at both Monmouth Park and Parx Racing. Kevin Sleeter is the breeder and trainer of the filly who won three consecutive races from June 7 through August 3 by a combined 22 lengths.

No More Music was honored as champion 3-year-old colt after a successful inaugural campaign that saw him win two races and finish second in the Charles J. Hesse III Handicap. The Holly Crest Farm homebred is by Stephen Got Even   out of the Tactical Cat mare, This Girl Rocks. Trained by John Mazza, No More Music finished 2015 with more than $72,000 in earnings.

Stiffed, the second Holly Crest Farm homebred to be honored, is the champion filly and mare after her multiple stakes winning campaign. The daughter of Stephen Got Even out of High Noon Nellie, by Silver Deputy, won the Monmouth Beach Stakes and Jersey Girl Handicap for her owner. Stiffed placed in the Molly Pitcher Stakes (gr. III) and was third in the Rampart Stakes (gr. III). Trained by John Mazza, the five-year-old mare earned $177,434 during her 2015 campaign.

Oak Bluffs was named champion turf runner after winning seven of 13 starts including the My Frenchman Stakes. The 6-year-old son of Defrere out of the Disco Rico mare, Disco Shaker won six starts for owner Jagger Inc. and trainer Jamie Ness after being claimed for $20,000 in February 2015. Oak Bluffs won four consecutive races, all at Monmouth Park, that began on May 9 and ended with his victory in the My Frenchman Stakes on Aug. 8. He finished 2015 with earnings of $196,808.

Thatholeinmypocket was honored as Broodmare of the Year for 2015. Joe-Dan Farm owns the 12-year-old mare by Pure Prize out of the Turkoman mare, La Turk. Thatholeinmypocket has produced three black-type winners from three starters, including New Jersey-breds Geeky Gorgeous, a multiple stakes winner and earner of $525,644; and Chubble Maker who won four races in 2015 including the New Jersey Breeders Handicap in 2015.

Credit : http://www.bloodhorse.com/horse-racing/articles/210959/green-gratto-named-top-2015-new-jersey-bred
Posted by Jack Nicol at 2:26 AM No comments: